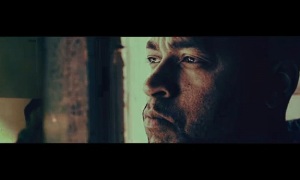 Most stories about the ‘American Dream’ either begins at the bottom with the world watching your rise to the top or we witness the unfortunate fall from grace. Whether it’s movies or music, the grey area, the backbone of our very nation is taken for granted. The Middle Class is the engine that keeps America running in a time where wealth and high fashion is glorified.

Click the image above to watch the video for ‘Living Life Check To Check’ or HERE.

Wordsmith’s forthcoming album ‘The Blue Collar Recital’ (Pre-Order) is set for a September 17th, 2013 release via Ingrooves/Fontana. Stay tuned for more music/videos/updates on the LP.


J. Kendall drops the first Visual from his freshly released debut album “Moving Forward”. This soulful and true RnB gem, also the title track from the album, gives you a good insight into the man behind this memorable voice.  An added bonus is the albums intro track “What I Want” included in this double-feature video. Enjoy!

J. Kendall’s newest release, “Moving Forward”, is a perfectly balanced collaboration of his classically smooth singing with the inventive beat making prowess of respected Sacramento veteran N8 the Gr8. Floating, psychedelic soul synths sweep around the sophisticated vocal harmonies, describing tales of love, lust and loneliness in the days and nights of a modern hustle. N8 the Gr8 , whose past tracks have been laced by the likes of Talib Kweli, Devin the Dude and Gucci Mane, creates an expansive spectrum of sounds for this project. From nostalgic, smooth R&B and sexy club hits to eccentric, futuristic compositions spiced with the proper effects, this album stays diverse and exciting throughout all 12 tracks. Guest spots from seasoned spitters Spends Quality and Equipto and angelic vocals from up and coming siren Maryann complete the recipe.

As we welcome Kanye West back to earth and he brings back in his clutch his highly anticipated Yeezus album, we all know Good DJs always have the upper hand on music no matter what. Like clockwork we receive a offering from Houston’ s own, DJ AudiTory touching the very artsy album with his own brush painting it purple. The dynamic of Chopping & Screwing the entire album changes the whole feel of the project, giving each song a different emotion and soul. DJ AudiTory gives himself a title of executive-executive  producer on his take of the new release, sip slow and enjoy.

Rock The Wah Wah
(Inspirational teaser montage video – click link below. We would love a mention/video link on your blog/media outlet)
Plus – Free MP3 Download for you or your site
‘You Are Somebody’ (320 kbps) 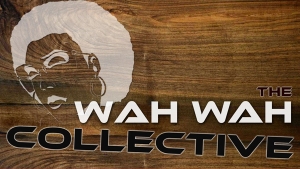 Video and MP3 for your Websites, Podcasts, Radio Shows, Blog-sites or just for your listening pleasure.

In preparation for long overdue Wah Wah Collective album check out our new album teaser ‘Rock The Wah Wah’. We have also provided a link for a FREE track ‘You are somebody (Eternal Inspiration) – an inspirational joint to play when times get hard. A little Wah Wah Ain’t Gonna Hurt Nobody.

The Wah album features over fourteen tracks from various artists we have worked with over the years caressed in nusoul, urban dance, hip hop beats and latin grooves all coming together to create an eclectic treatment. Many of our original vinyl releases distributed by UK labels Kudos Records and Goya music have finally been remastered for the CD album. The album is scheduled to drop in late 2013 but before then feelers will be sent out to all you funky cats… stay tuned.

” ‘Not to be confused with the record label with the same name, The Wah Wah Collective come through with their second 12” release, and it’s the best so far. Fiona Faye’s vocals fit really nicely in to this downtempo jazz ditty with its tender fender rhodes and soulful strings. Perfect after-hours listening.”

The Wah Wah Collective is right now what you could call a Trans-Atlantic group with beats from London & France and with vocals and production also stemming from Italy and the US. The Wah released vinyl only EP’s and Singles in the mid-00’s gaining some notoriety for their mixture of neo-soul with alternative dance. Several titles from the Wah Wah Collective roster were supported with UK Regional Radio airplay on shows such as Rosie Kendrick (Late Lounge) (Jazz/Smooth 102.2 FM (UK)), Patrick Forge (The Cosmic Jam – Kiss 100 FM (London)) and also on US radio with Rafe Gomez, The Groove Boutique Jazz show on KJZY FM (New York).

follow @atlgravity and check out more posts on http://www.Theatljukebox.com, Thank you