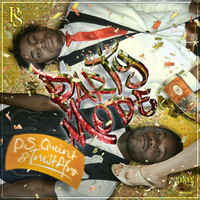 (The song is also available for sale on iTunes, Amazon, Spotify, Last.Fm, Xbox Music and many more online stores.)
This song is a Hip Hop / Afro Pop infused type of jam. It’s something for anytime of the year but mostly for the good times as the lyrics suggest.

Self-titled Ghost Station debut
Album release date 5 November 2013
Atmospheric, rhythmic synthesizer music
“Reminds me of the Vangelis ‘Albedo 0.39’ album I mastered back in ’76. I’m enjoying this project.”
— Denis Blackham, Skye Mastering
“Rhythmically charged synthesizer music that harks back to the halcyon European electronic music era of the ‘70s and early ‘80s.”
— Textura Magazine
An emotional response to the daily Tube commute on London Underground’s deep-level Central Line
“My job was relocated from central London to west London — a route I was no longer able to cycle. Suddenly my daily commute was one long cramped Tube-train journey from East to West London and back again. Mile End to White City is a direct, unbroken, subterranean part of the Central Line.
It’s hard to avoid a feeling of claustrophobia when transported like cattle in a sweaty rattling metal train deep under the surface of the Earth for an hour a day. The loud machinistic sounds of the Underground invoke powerful subterranean atmospheres.
I restricted myself to only composing, editing and producing tracks during my commute and I did not allow myself to work on the music at any other time except on the daily Tube journey from Mile End to White City and back again. I wanted to know: did my music reflect, or was the music an escape from, this unnatural assault on the senses.
This was not about documenting the sounds of the Tube — there are no recordings of the London Underground. And this was not a soundtrack to a journey. This was an impressionist and expressionist sonic diary.
So, did the compositions reflect the noisy Tube or were they escapist? Creating sounds and composing music in an environment where the noise regularly exceeds the volume levels of a pneumatic drill is not ideal. There is a subtlety to the music, but a kind of loud subtlety. So, I think both. These tracks are the result of two opposing forces constantly pushing against each other. They are escapist atmospheric soundtracks corroded by deafening metal machine sounds.
As 2013 marks the 150th anniversary of the London Underground, it seems like the right time to release it: here is one early 21st century citizen’s sonic response to commuting across London on a deep-level line.”
Tracklisting:
92229
Momentum
Sardines
Electricity
Tunnels
Ventilator +
Lines
Particulates
Click Clack
Exit
Credits:
Everything by Pete Warren
Mastered by Denis Blackham
Released through Lost Frequencies

About Ghost Station the artist:
Ghost Station is the recording name of London-based electronic musician Pete Warren. Warren produces atmospheric, rhythmic retrospective synthesizer music, informed by electronic music of the 1970s and early 80s.
Inspired by the BBC Radiophonic Workshop at an early age, Warren spent his teens experimenting with effects units, tape recorders and an eclectic collection of sound generators and instruments.
After years of musical exploration, Warren has finally condensed his disparate ideas and influences into a cohesive body of work on this Ghost Station debut release.
For more info please contact Pete: ghoststationmusic@gmail.com | +44 (0)7880 554362

© 2012 CelesteBuckingham
This song is available on ITUNES & AMAZON

About The Song:
Even in these cynical times, some people still believe in true love. Sacramento experimental hiphop group #THEBAREXAM captures the feeling and opens up their world in “#MarryHer(Gr8Mix).” In describing his “magic spell,” emcee MICjordan explains “I wrote this shortly after meeting the love of my life. With this song, my goal was to speak the destiny I wanted for us into existence.” Watch that destiny come into fruition in their new music video, which chronicles his real-life wedding in Sacramento, CA. Produced and mixed by West Coast hiphop legend N8 tha Gr8 (The Cuf), this special video event was filmed, directed and edited by Maryann Hunter of N-Crowd Media.

About The Artist:
Emcee MICjordan and emcee/producer WesttKraven (aka TheGreenRoom) are #THEBAREXAM. Rejecting the notion that hiphop shouldn’t challenge its audience, the Sacramento, CA duo takes pride in making music the so-called ‘wrong way,’ teaming up to create unconventional underground sounds for over a decade. Dense, multilayered lyrics ride, float, drift over, and crash through soulful, noisy, off-kilter, low-fi instrumentals to create a demanding, rewarding, and most importantly authentic post-pop hiphop soundsperience.

New York based audio/visual artist gaVen heVy. I’m writing to send you gaVen’s new music video for his highly acclaimed record “Crab Legs” that he released earlier this year. The video was directed & edited by gaVen himself and serves as promo to his debut EP entitled “…Dedicated to Her” which will be released on New Years day. If there’s anything else that you would like to know, be sure to let me know. Thanks a lot in advance. Stay in touch. gaVen heVy Online: http://www.gaVenheVy.com http://www.Soundcloud.com/INeverRapped2BCool http://www.Vimeo.com/INeverRapped2BCool

Please take a minute to check out the latest music video by ‘Yemm’ The song is called ‘The World’ and is produced by known UK producer Sermstyle who has credits with Wiley, Bashy, Wiz Khalifa and Young Buck to name a few. Yemm is based in the North East of England and he is in a group called ‘The Projekt’
Yemm – The World [PRD by Sermstyle]
Please tweet, blog and share the link on facebook!
for updates and more info go to:
www.facebook.com/TheProjektNCL