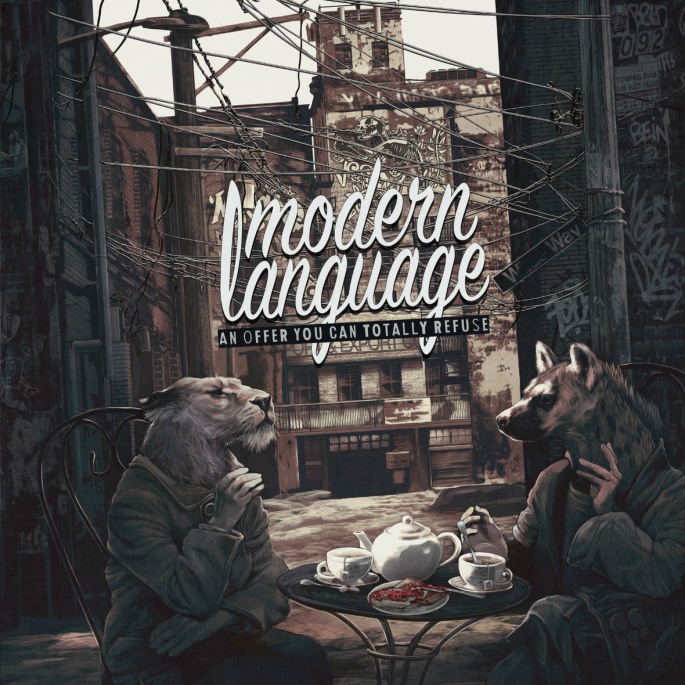 California emcee Lucid Optics and UK producer Museum are Modern Language, presenting “Madlab”, their new single from An Offer You Can Totally Refuse, their forthcoming album out now. “Madlab” features a guest appearance from Ohio emcee Illogic, who with Lucid Optics forms the duo Lucid Logic (stream “Penciled In” on Soundcloud). Lucid and Museum first met when they performed on the same bill at a show in San Francisco, and have been collaborating digitally ever since, releasing the OK Txt Me EP in 2015 (stream on Bandcamp). Lucid Optics is part of the Iscape collective, and has performed alongside Blueprint, Louis Logic and Milo. “Museum doesn’t know it, but this beat was the greatest twentieth birthday present I could’ve asked for,” says Lucid. “I was in a lot of turmoil in that period and still getting used to all the chaos around me. The main theme is realizing the power and potential human beings have while being surrounded by people who don’t. I also met one of my favorite artists while we were working on this project and we became friends after playing a show at the Honey Hive in San Francisco. I think my verse leaves room and unanswered questions, which isn’t always a bad thing, but Illogic really ties it together with that sort of spoken word piece. I’m super grateful to be working on more music with both of these dudes.”