J Metro is set to releases his debut E.P., “Sentir Mon Amour” this summer, and has now released his latest single “Magic”! Having several Billboard charting singles already, he plans to go above and beyond with this single making it more successful then anything before. His new single has so much soul and creativity, it gives you more of look into his artistry, and him being a musician. Magic will officially release on March 24 through The Orchard, and a distribution platform by Sony Music Entertainment. 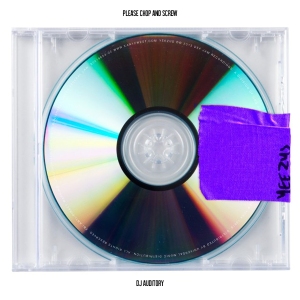 As we welcome Kanye West back to earth and he brings back in his clutch his highly anticipated Yeezus album, we all know Good DJs always have the upper hand on music no matter what. Like clockwork we receive a offering from Houston’ s own, DJ AudiTory touching the very artsy album with his own brush painting it purple. The dynamic of Chopping & Screwing the entire album changes the whole feel of the project, giving each song a different emotion and soul. DJ AudiTory gives himself a title of executive-executive  producer on his take of the new release, sip slow and enjoy.