It is not often that an artist comes along who is considered to be the total package. These jewels are hard to find and one should consider themselves to be lucky if they happen to stumble across one. This particular jewel is from Milwaukee, WI- the 3rd poorest city in the nation.

END_OF_DOCUMENT_TOKEN_TO_BE_REPLACED 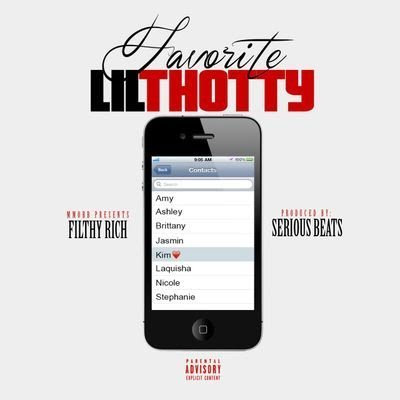 Grand Rapids, Michigan rapper/producer/visual artist Tekh Togo presents “Black Magik”, his self-produced single featuring Nitty Scott MC. Togo is preparing for the release of BlackWater, his album dropping next week featuring Mick Jenkins, Nitty Scott MC and Dougy Lo Hot as well as production from Mistro, Nixon and Seventh of AGO. One BlackWater single has already been released, “End Of The Rainbow” featuring Mick Jenkins (listen), as well as “More Crystals” (listen), and the music video for “Dressed To Kill” (watch). “I was working in the dark when I made this beat and began writing to it,” Tekh says. “I originally was going to make this a title track and call it ‘BlackWater’. I went almost everything black with the wordplay and was painting in the darkness. I thought Black Magik might be a dope name for the song too. I sent it over to Nitty as Black Magik, when she sent back a crazy verse casting spells and whatnot in full ritual mode I knew I had to leave it as Black Magik. I think balances out the song nice.” 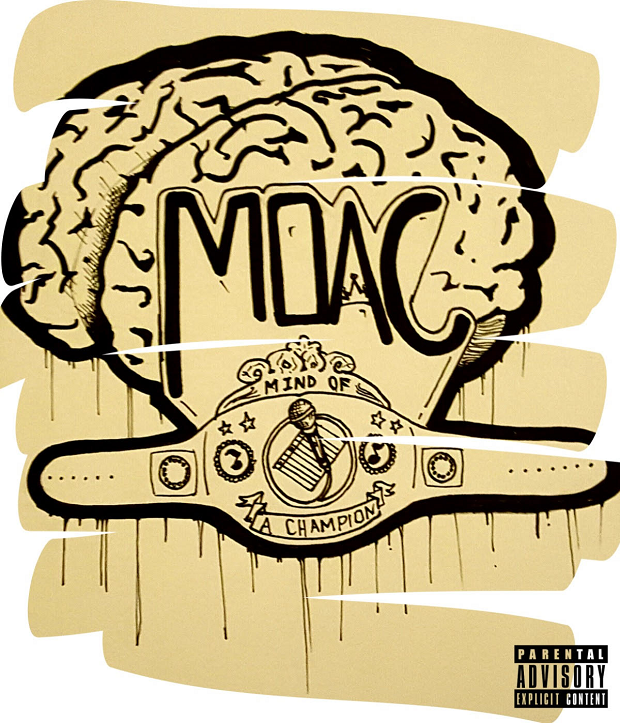 On “Mind Of A Champion,” Detroit’s Nametag Alexander aims to inspire us who have the mind of a champion, and heart of a warrior. Get up, get out and win! This anthem is produced by A. Will Traxx who also produced Nametag’s 2014 track, “Reward,” mixing duties were handled by Desmond “DJ DDT” Travis. M.O.A.C. at this point, is just a loosie, but if you haven’t already give his recent EP a listen, “TAGLINES” available now on all platforms to stream and download music, including iTunes, Spotify, Amazon, and others…

SOLD OUT is a Timswhenitswarm with his detriot style and Cees from Blockbeattaz with his Alabama swag take you on a trip though the streets selling of the music, their style and this milehighmusic movement.

IPhone Twerk’n is Polar Bear’s new single that he’s releasing off of his mixtape “Fear or loyalty”, which is dropping July 4, and will be available on Live Mixtapes, Datpiff, Spinrilla & http://www.iampolarbear.net. You can follow him on Twitter & Instagram @I_AMPOLARBEAR.

Vacation Package Deals! Take up to $50◊ off our fees with Promo Code GD50. Book Now!

Denzel Townson A.K.A Star UTG (rapper, songwriter) has been doing music since 2002 and with each year until 2015, he has become better and improving. He had a lot of complications starting and joining groups, so he decided to become solo. He has witnessed downfalls and tries hard and will not give up.

The Official third single from artist AyeJay Freez’s Ep “Karma”. A smooth follow up after a few month hiatus proving AyeJay to be one of the top contenders in the indie market. Having started the year off with concerts in the Midwest and various magazine placements 2015 is projected to be a great year for the newcomer who in actuality is not a newcomer at all. Keep an eye out for the release of AyeJay’s debut Ep “Karma” which is rumored to be released at the end of the summer. #HipHop

Blessed” is a song by American Singer/Rapper Papi312 from his Debut studio album DueSeason (2015). This song is being serviced to urban contemporary radio as the album’s First official single on June 9, 2015. It features fellow Chicago MC Reno Chinati, with production from American producer Dorrell BiggMakk Mays. Request on your Local Station Today!

Beadz aka Beadz Jones teamed up with Lazie Bone of Bone Thugs n Harmony to deliver this smooth but still street vibe track which is receiving major airplay on Chicago’s Radio Stations currently. The track is being received very much by the ladies who are calling in to the stations.The track is produced by Squat Beats who is a major come up with major placements including Trey Songz recent Album. Beadz is riding a wave of banging hits with his recent “2 Shots of Patron” which has been receiving Major airplay throughout the Midwest as well as on Sirius/XM Radio.

Cleveland natives, Tece and TMA1000, drops dope new song off their upcoming Album “Everything Plus Tax”. This song will also appear on Tece’s upcoming mixtape “Dead 2 Me” that will be dropping in June. I Never Do is a catch street anthem with a hook that’s sure to get stuck in your head. A perfect summer song to play at a party or in the car. Look out for some more bangers coming from this rapper producer combo.

Get used to seeing the name J.R. The 25 year old burgeoning Midwest native is a force to be reckoned with. He has been making a name for himself in the rap game with his hit single “I’m Just Sayin”. He recently dropped a surprise freestyle “Nasty” which features R&B star Trey Songz and has everyone asking whats up?

Last week J.R. brought Trey Songz to his hometown for one of the biggest events the city has witnessed in quite some time. The two hit the studio, hosted a party at Marquee and stopped by Hot 104.1 to let his city know that J.R. Has the official Trey Songz co-sIgn and great things are in the works for him. The two chat about how the relationship came into fruition through M.W.E. Music C.E.O. and long time friend of Trey Songz A.G.J.R.’s prequel mixtape N.F.O.D.W (No Filter On Da Way) is out now. He is slated to release No Filter this summer. Check out his latest webisode where Trey Songz joins him, for a club show, the studio and a radio run all in one day. J.R. without a doubt has St. Louis in his grasp.


Cincinnati native WITEBOY has been hard at work, sharing the stage (and studio) with artists such as Lil Wayne, Rich Homie Quan, Future, Lil Boosie, OT Genasis, PeeWee Longway, Young Ex, DJ Fresh, J Money, and more within the past few months. From his hometown in Ohio, to Atlanta, to Indianapolis, to Tampa, Austin, and many other cities across the country, Witeboy is making his presence known and felt with banger after banger. Keep a close eye and remember the name!

The 2nd official Single to drop off Wisconsin Based emcee Taiyamo Denku & Australian Turntablist & Producer Dcypha’s Upcoming album “RadiOctave”. “Nobody’s Safe” is a melodic journey that Dcypha cooks up some great boombap drums, to acompany is Boston’s own Reks who on this track certainly shows off his signature style. One of Denku’s partners in crime keeps the party live as Madison’s Urban Legend lays down a witty verse of his own and to finish off this lyric ensemble is Miami’s Serum who definately shows to be a Monster on the track with his unquie stand out delivery. All of this packed in with a classic hook by AOTP’s Block Mcloud and you have a new Masterpeice that Denku & Dcypha of CyphaDenMusic would like to share as “Nobody’s Safe”.

When I started thinking about a follow-up single to Selena and band’s “I Can’t Stand the Rain” I came across the original version of Allan Toussaint’s classic by Lee Dorsey released in 1970 by Polydor. I was struck by the message of unity and togetherness and the roots New Orleans rhythm and the timely nature and overall vibe and thought what a perfect feature for Gavin Hope.

Much of what was on the original reappears here in adaptation, a bit of embellishment and arranging tweaks. It’s another Rhythm Express track paying homage to the great rhythm & blues tradition of years gone by.

This was a rhythm section workout. Drummer Everton “Pablo” Paul, bassist Jesse “Dubmatix” King, guitarist Shane “Shakey J” Forrest and I meet every Wednesday night and record a track. Most are first or second takes. Shane also engineers. It’s a warm and cozy setting in Paul’s basement studio Side Door – the kind of comfort rarely found in larger studio environs.

The funk was easy to come by with all four of us deeply committed and fans of the back history. From my perspective, what brings authority to this track is Shane’s guitar work – from those chicken pickin’ underpinnings, a bit of slide to rhythmic chops. The horns featuring Chris Butcher trombone, Bobby Hsu tenor sax and Alexis Baro trumpet add that call and response pop. Gavin gets the right amount of soul and bounce in his lyrical delivery with Selena Evangeline doubles brilliantly as usual on background vocals.

It’s April – and for certain “Yes We Can Can” month.

Recorded at Side Door Studio

Pretty Tony is not slowing down anytime soon!!! Back with his single “Pull Up” feat Que produced by Sonny Digital is a great way to kick off the new year. DJ’s this song is undeniable!!! New Video on the way!!!

“September 6th is an ill emcee and producer representing Chicago’s South Side. While seducing listeners with his smooth mellow voice, creative wordplay and soulful yet jazzy loops n beats, 6th is quickly rising as a star in the Hip Hop community. His music truly represents the awareness or “consciousness” he has of himself, his family, his culture, and his environment. Above all his music is a true representation of the essence of hip hop.”
http://www.datpiff.com/September-6th-Champagne-X-Mary-Jane-mixtape.341703.html
Official Website-www.itsflyordie.com
Instagram-www.instagram.com/september6th
Facebook-www.facebook.com/september6th
ReverbNation-www.reverbnation.com/september6th

Stronger Than I Was

Disclaimer: All Songs are her to review if you want to own look on Itunes or artist site.

In conjunction with his clothing sponsor D’amett Luxury Goods, Chicago Producer/Emcee September 6th hits fans with a 3 track EP to close out the summer.

JAY CARPE
KING OF THE CITY
PRODUCED BY THE CHEMIST/WE THE BEST
http://www.mediafire.com/listen/f0rkv7xb9s4o5g4/Jay_Carpe_-_King_of_My_City.mp3

PROMOTION PLUS DIGITAL
PROMOTION PLUS DIGITAL CAN HELP YOU GET YOUR MUSIC OUT TO THE PEOPLE WHO NEED IT THE MOST. OVER #500,000 CONTACTS IN THE DATABASE OF DJ‘S, RADIO PD’S, LABEL EXECS, A&R’S,PRODUCERS, WRITERS, BLOGS, MAGAZINES, & ETC.
HSD Multimedia LLC
Dre Wade, CEO/ Executive Producer
Office # (404) 593-3875
info@hustleseasondvd.com
Facebook/HustleSeason.DVD
Twitter/HustleSeasonDVD
http://www.HustleSeasonDVD.com

Having initially establishing himself within the production team of the Michigan based group and Wu-Affiliates Dezert Eez, Lord Jessiah is now poised to release his first full length studio album entitled “Grounds Of Detroit” (G.O.D.) March 2013.

Lord Jessiah boldly warns that this project is the opposite of current contemporary hip-hop that has taken over the airwaves, and promises to deliver the cutting edge hard core fundamental hip-hop that has been missing for over a decade.

The “Grounds Of Detroit” (G.O.D.) album presents a collage of their hometown (Detroit) which is illustrated through rugged beats and aggressive lyrics.

The album embodies the desolate infrastructure of Detroit’s inner city while providing the glimmer of hope and light from its citizens who strive for a better tomorrow. Though the G.O.D. project is one that has a nostalgic feel that can bring the listener back into the “Golden Era” of hip hop it also maintains a modern essence that allows it to fit in with the current musical climate.